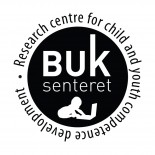 Children in Dreams of their Future Competences

Official launching of the Ipad-project in Ait Abdi

Official launching of the Ipad-project in Ait Abdi: Ibrahim (101 years) hands over the iPads to the children. Tradition meets modernity. 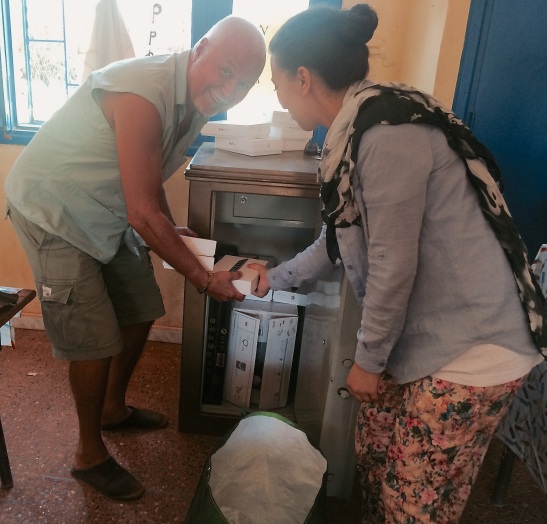 The iPads are locked up in a big safe in the school when not used by the children.

For the first time in Al Haouz:

The new information technology is coming to the primary school

Collaboration between Al Houaz and Norwegian University give AlHaouz-children new opportunities for the future!

On 1 September 2014, The Governor of Al Haouz gave his authorization to l’Université de Lillehammer, Norvége, to conduct 8 research projects in Ait Abdi. One of them include the Ipad-project.

Official launching of the Ipad-project in Ait Abdi 11.9.2014
On thursday 11th of September l’Université de Lillehammer, Norvége, Province Al Haouz, la Délégation de l’éducation et l’enseignement, l’Espace Associatif provincial d’Alhouaz et L´association Tidoukla a Ait Abdi are launching a revolutionary educational project: The Ipad-project. Professor, Dr. Pär Nygren from l’Université de Lillehammer will give a presentation and demonstration of the project. In addition a representative from the Governor of the province Al Haouz, Moustapha Chtouki from Délégation de l’éducation and Jaidi Abdelatif from l’Espace Associatif will participate in the official opening of the project. (program start at 11.00)

A collaboration project
The Ipad-project is developed with reference to the agreement signed between the University of Cadi Ayyad and province of Alhaouz on a research program in the province, involving researchers and students from the University of Cadi Ayyad and University of Lillehammer (Norway) and other national and international institutions. For one year, one teacher and 23 children in the school of Ait Abdi are going to try out the use of Ipads in the learning of algebra and other subjects. The Ipads (and other digital equipment in the school) is a gift to the children of Ait Abdi from the Scandinavian Association ”Friends of Ait Abdi” and l’Université de Lillehammer. The project will be scientifically evaluated by both Norwegian and Moroccan researchers.

The main objective of the project
Support children at 3-6 level in the development of new practices and skills for their future lives in various fields with the help of new information technologies.

This main objective is divided into the following goals:
• To encourage children to learn algebra with the help of special Ipad-application called “DragonBox”.
• To help children prepare for and capable of using the new technology for the future life.
• To support children in learning to collaborate, share and communicate with the help of new information technologies.
• To help children use the new information technology and other applications in DragonBox when they study other subjects than algebra, for example Islamic education, Arabic, French, English, geography , biology, etc.
• To generalize the results and experiences as a contribution to the educational development in other area schools
• To support teachers in administrative work.

Children who never solved equations before, can now understand and learn algebra through a game very quickly!

Professor Dr. Pär Nygren, who is the administrator of the project, says: ”The major new approach with Dragonbox when learning algebra, is that the application hide the mathematics behind the game mechanics. X and Y in an equation becomes hungry dragons, butterflies, caterpillars and beetles hippo. Students think in the beginning they play a normal game, but they are actually working on a simplified mathematics that uses funny animals instead of the “impossible” algebra letters.”

The application has been awarded many international prices as the best serious game for education.

The goal in the game is to feed the dragon, so it grows ever larger. The fundamental logical concepts are hidden behind familiar objects, like a soap bubble or a rubber band. A soap bubble appears after a while as being a parenthesis. Suddenly, students have understood something important – without them even noticed that they learned.

Professor Nygren stresses that ”this is a discovery-based pedagogy. It is the big, big difference from traditional instruction-based teaching”. But he also conclude: Learning algebra with Dragon Box will not replace traditional education, but it is an important supplement.

According to professor Nygren, ”such tools as Dragon Box are the only way to get to reel differentiated learning. Students proceed at different speeds and have different challenges. Today we favor students who are good to hear, remember and write down. Other students must also have the opportunity to try and explore.”

The way Dragon Box gives the possibilities for differentiated learning, which is especially relevant for many primary schools in Al Haouz, Professor Nygren says. ”Here the learning often takes place in integrated classes, where the students are on different levels. Dragon Box helps the teacher to facilitate learning processes at different levels in the same classroom at the same time.”

Example of what the Moroccan newspaper wrote (translated from arabic:

The president of the Space associations in Al Haouz informs the press that an initiative by Lillehammer University College of Norway will be taken through the distribution of digital technology to be used by students in Ait Abdi in the municipality of Tazart at September 11 this month. This initiative represents a new step for the region, contributing to raising the level of the pupils´competentence in this region by integrating new technology in the field of education.

In the same context, president Jaidi Abdullatif says: “This educational initiative is taken by Lillehammer University College as a part of the collaboration between the mentioned university college, the University of Cady Ayyad in Marrakech, the province of AlHaouz, , the Space Associations in Al Haouz and the the association Tiduakla, which represent the local part of a partnership agreement. The initiative will allow about 14 students to take advantage of the new digital techonology This technology, represented by Ipads, is introduced for the first time in the province of Haouz. The use of this kind of digital interactive technology in teaching will allow students to reduce their burden of heavy load of books, pamphlets, school supplies. This digital panel also contains software which enables pupils to raise their level when it comes to the collection of valuable knowledge.

The president of the Space Associations in Al Haouz add: ”The selection of the school in Ait Abdi was not accidental., The University of Lillehammer have been engaged in developmental work in this region before, for example by participating in making possible the supply of water for the households and in an extensive support of social development in Ait Abdi.” It should be noted, that the Governor of the province of Al Haouz, Younes Bathaoui, on monday 1st of September had a meeting in his office with Pär Nygren, professor at the Lillehammer University College in Norway, for discussing the digital technology project (Ipad-project) in Ait Abdi .

In relation to the mentioned initiative, professors from Lillehammer University have many other activities in the municipality of Tazart in Al Haouz, for example they are now publishing a book titled “Sensations a Berber village. Everyday life in Ait Abdi” describing the daily life and highlight the historic path of Ait Abdi. The financing of the printing and publication of the book is made by Lillehammer university College. All benifit from selling this book is goes unabridged to the important development of Ait Abdi and its population. The publication of this book will contribute to the knowledge of Morocco and province Al Haouz in Norwegian homes, and it gives an opportunity to define and marketing the image of the Al Haouz province especially and Morocco in general

See other examples of publicity in Moroccan media: